Monuments of the Vimperk valley 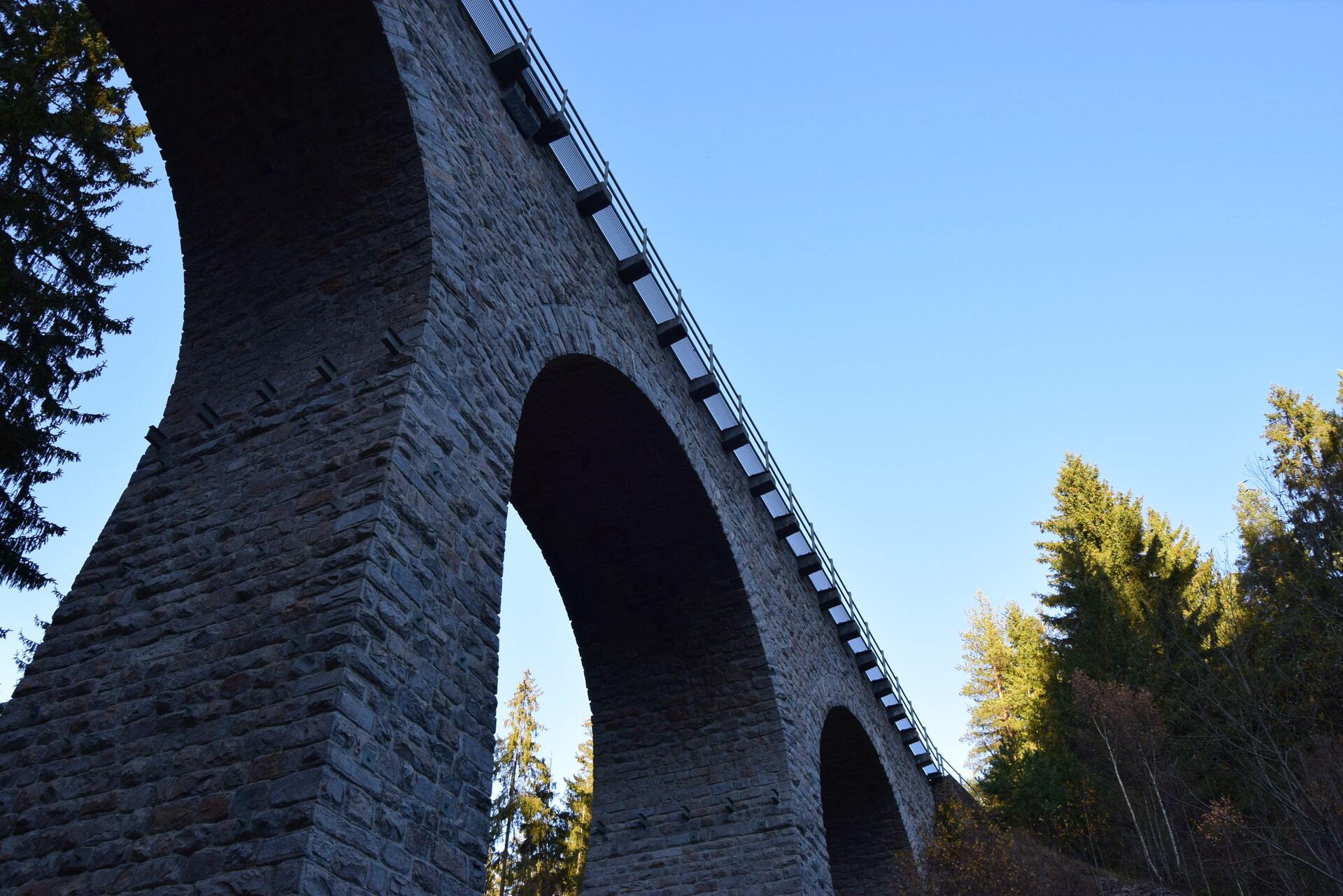 Get to know the surroundings of Vimperk, the Golden Path included!

If you are interested in discovering the surroundings of Vimperk, we recommend you to follow the educational trail called “Údolím vimperských památek” (Monuments of the Vimperk Valley).

Just in front of the main entrance gate of the Vimperk castle, take the red marked road (which initially goes along the educational trail “Vimperkem”), heading to the artillery bastion from the 15th century called Haselburg. Nowadays, the fortified tower Haselburg is a private property and it is closed to the public.

In the end of the Zahradní street, you stray from the path about 100 meters and at the crossroad with the Zlatá stezka street, take the red marked road 1032 - Volyňka, which also follows the educational trail called “Údolím vimperských památek”. About 2 kilometres farther on the cycling road, there is the technical monument called Klášterec Viaduct - the four-arch railway bridge from the very beginning of the 20th century (the Klášterec viaduct is not right on the road, therefore be aware of the turning). 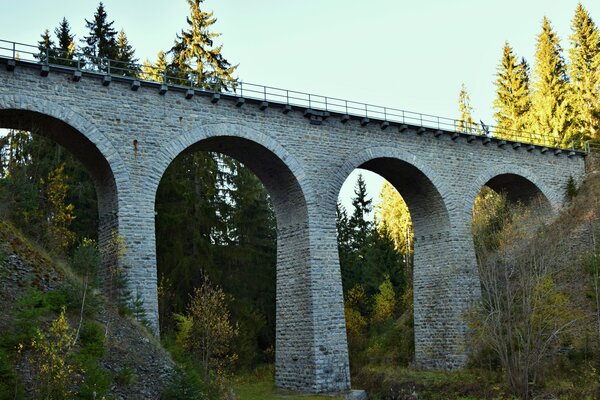 Passing the viaduct and its smaller one-arch sibling, walk on the cycling road which leads to the Klášterec village (founded in the 14th century on the Vimperk’s branch of the Golden Path). In the end of the village, take the yellow marked road which heads back to Vimperk. Walking by you can take a look at another technical monument - the waterworks called “Solar” which was built in 1888. 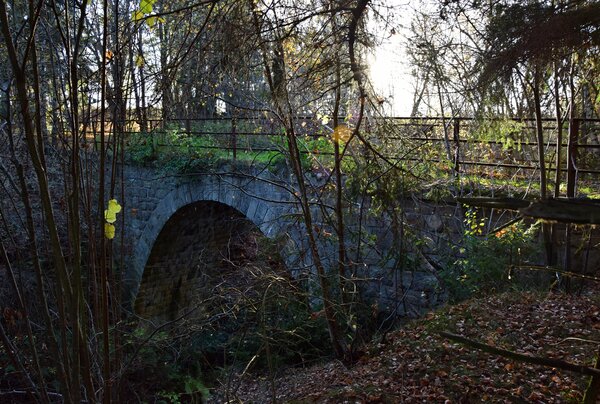 Following the yellow marked trail, you return to the town (for the sightseeing tour in Vimperk click on the link “Get to know the town of Vimperk”). Do not forget to walk back to the Black Gate. You can still visit the Vimperk castle or perhaps go on to the popular sweet shop called "Cukrárna pod zámkem".

(The information about the sights of Vimperk or about interesting places in the neighbourhood has been taken over from the official website of the town.) 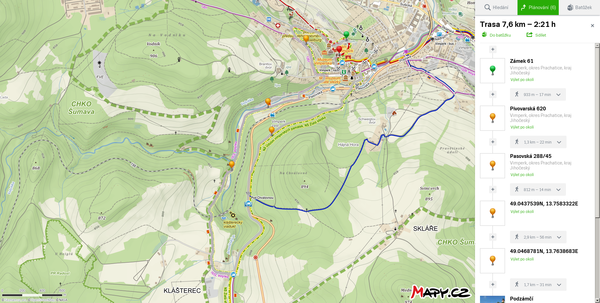 (click on the map to open it in the new window)